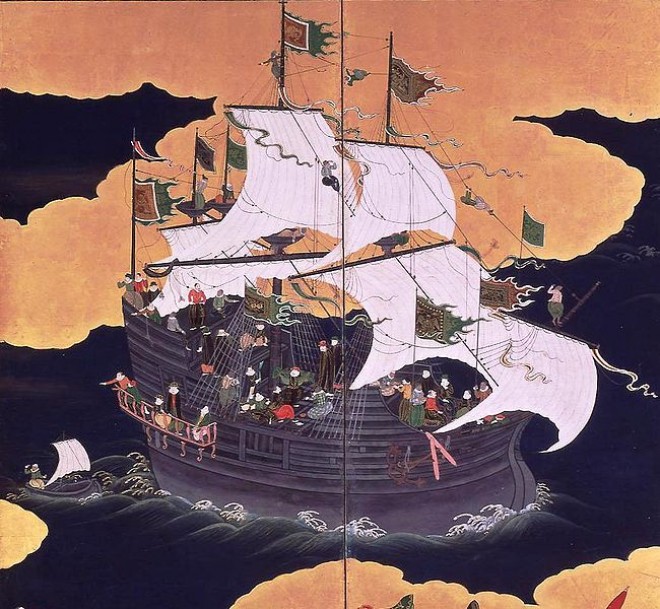 Nagasaki  is the capital and the largest city of Nagasaki Prefecture on the island of Kyushu in Japan. Nagasaki was founded by the Portuguese in the second half of the 16th century on the site of a small fishing village, formerly part of Nishisonogi District. It became a center of Portuguese and other European peoples’ influence in the 16th through 19th centuries, and the Churches and Christian Sites in Nagasaki have been proposed for inscription on the UNESCO World Heritage List. Part of Nagasaki was home to a major Imperial Japanese Navybase during the First Sino-Japanese War and Russo-Japanese War. Its name means “long cape”.